Anyone who has shopped for booze in West Auckland knows that prices at The Trusts are high. But how high are they? Is it “10 cents – who cares” as Sir Bob Harvey tells us? And is Portage’s president Pam Nuttall being straight-up with us when she recently asserted that “there’s this mythology somehow that The Trusts are more expensive and I think that the survey data has established that that’s not necessarily the case”.

Over the last few months, we’ve done our own comprehensive survey comparing prices at West Liquor and Pak n Save. It shows that West Liquor’s prices are not only higher; they are substantially higher.

We found that whilst prices for individual products might change from week to week, the overall difference in price between the two retailers was very consistent. 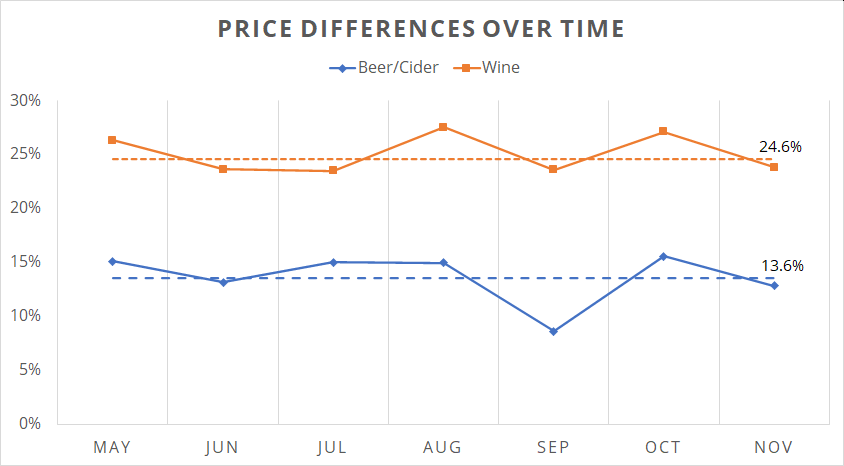 Of the 1347 comparisons we made for wines, West Liquor had the lower price just 18 times whereas Pak n Save had a better price 1320 times (blue bars). Prices were equal 9 times. For almost two out of three products (65%), wine prices were at least 20% higher at West Liquor than Pak n Save. 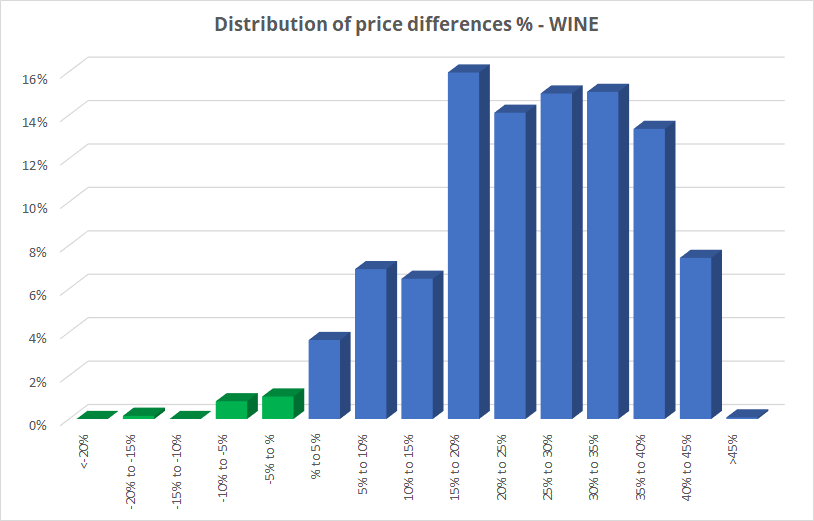 Beer has lower retailer margins than wine and that shows in the lower, but still substantial, price difference of 13.6%. Of the 894 comparisons we made for beer, West Liquor had the lower price just 39 times, prices were equal 54 times and Pak n Save had a better price 801 times. Well over half of the time (59%), beer prices were more than 10% higher at West Liquor than Pak n Save. 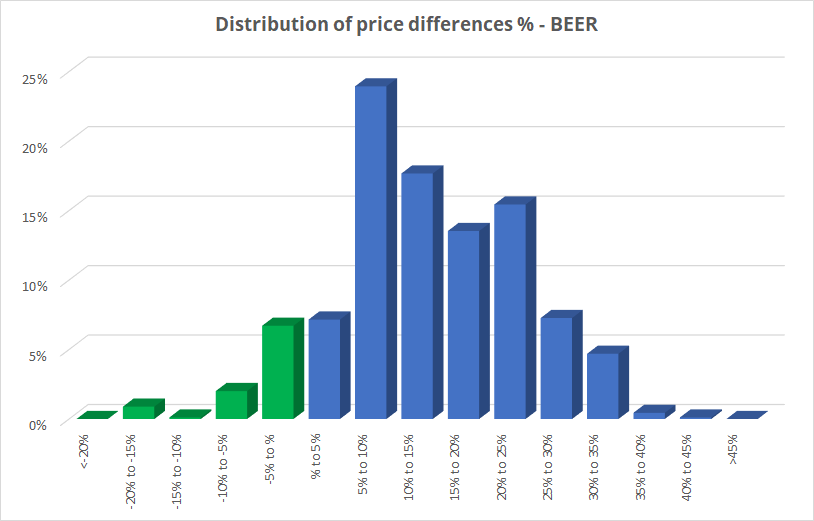 WE WANT CHEAP BOOZE! No, not exactly… we want a fair deal

Whenever we mention price, we hear the howls from our detractors that we’re just after cheap booze. Yeah, nah… that’s not it. Three things:

Details of our analysis

We captured prices from The Trusts’ online store and Pak n Save online on 11 different occasions between 29 May and 29 November (at least once each month).

We compared the price available to customers on that day, i.e. if the product was on special at West Liquor, we used the discounted price.

You can download the full table of data [here].