The Te Atatu Tavern was the Waitakere Licensing Trust’s first tavern and opened in 1974. These days it is a weeping sore that exemplifies much of what is wrong with The Trusts.

The site is 8,141 m² (that’s over two acres) of perfectly flat land right in the middle of the Te Atatu Peninsula village. About 95% of the site is potholed carpark or empty/dilapidated buildings. The last 5% is an old school public bar with a TAB and 18 gaming machines. There’s also a privately operated drive-through coffee caravan in the car-park (which makes good coffee and is quite popular). 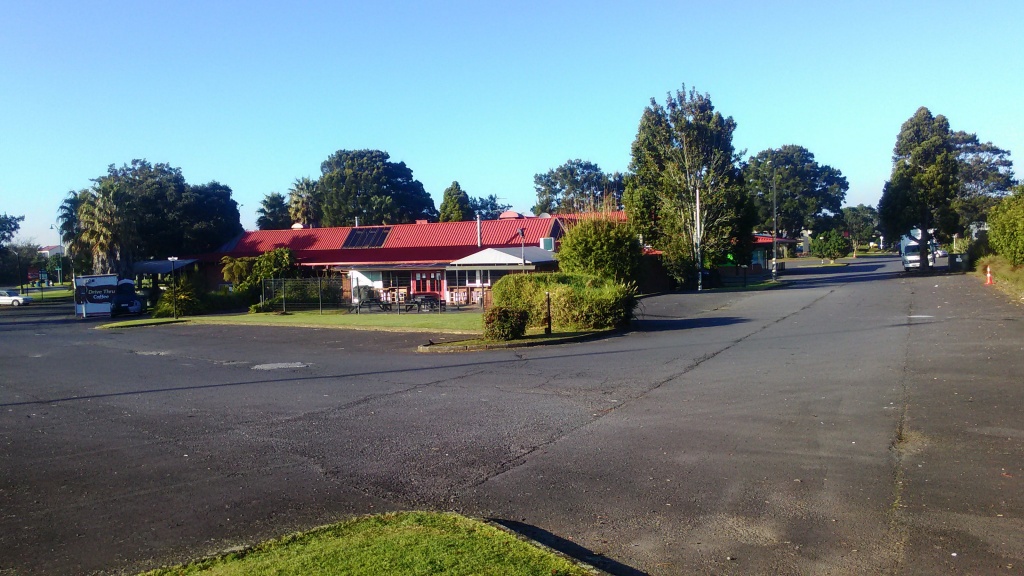 The bar itself is OK; it has a rich history and loyal customers but for most of the week it is more or less empty. Their food offer is bar snacks like chips and wedges but despite that, they open at 11am – 7 days a week.

Those gaming machines extract about $1.3 million out of the community each year. [1]

The Trusts have recently opened a new tavern (Mr Illingsworth) in an adjacent development and have also relocated their off-license there too.

So what is to become of the Te Atatu Tavern?

So it looks like the WLT have decided to give the Te Atatu Tavern a superficial makeover and it will continue to operate for the next few years at least.

So what’s wrong with all that?

It’s hard not to think that the gaming machines have influenced the WLT’s decision making here. Auckland’s sinking-lid policy means that if the tavern were to close or move, the gaming machines would be lost forever (they cannot move to a new premise). The gaming proceeds are distributed by “The Trusts Community Foundation” (TTCF Ltd) and so The Trusts benefit from the pokies not only through the rents, but also from the credit for TTCF’s grants which are misattributed to them by the vast majority of the public. Two elected members of The Trusts are also directors of TTCF Ltd (Ross Clow and Warren Flaunty).

Where to from here:

The WLT should be pushing for re-development of the site as soon as possible. Obviously, there are other parties involved and there doesn’t appear to be any meaningful progress to date, so we can’t expect any immediate results

In the meantime, there are a number of things I think the WLT should be exploring / doing:

I think Te Atatu can be grateful that Helen Moore owns the Countdown site adjacent to the Tavern. The Point is a thoughtful development and she has been careful selecting tenants that bring benefit to the community. It really sets things up nicely.

Just for a bit of fun, I’ve sketched out what a development across the two sites could look like.

A development like this could bring hundreds of people into the town centre every day for work, and it would also bring their daily spend to the local shops. Centrally located residents will also spend much of their money locally.

A town square / plaza set away from the main road would be ideal for cafés, restaurants and bars with outdoor areas. Obviously, filling those new shops with restaurants, cafés and bars will be much easier without the monopoly in place (we’re working on that).

Can we trust the WLT to deliver something great?